Here is the question a student of mine asked me on Skype: «Как сказать “надеюсь тебе понравится”? “I hope you will like it?”»

The answer is in my favourite grammar by Michael Swan (Practical English Usage, 3), entry 250, 1, tenses after hope:: 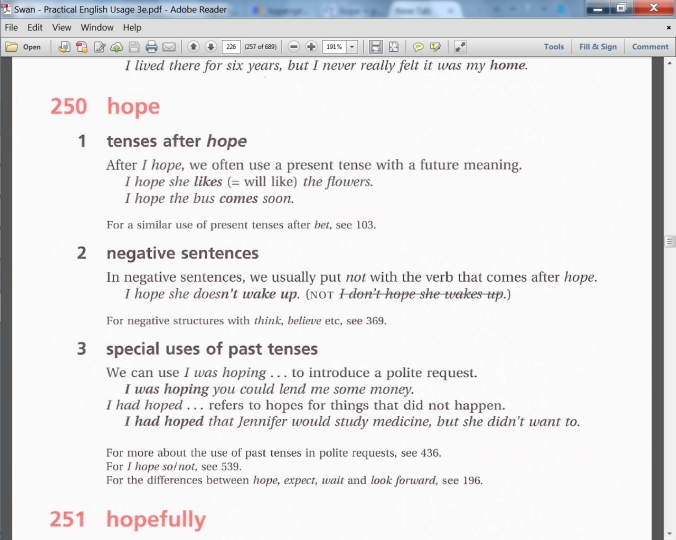 A page from Swan (Michael)

I also asked Thomas Sharp, my London friend the same question on which variant suited more, and his answer was a complete opposite: «”You will’’. But the contraction you’ll is most common here so maybe that’s why you’re confused. “I hope you like it” is not really grammatically correct.» It seems to be the problem is caused by their similar pronunciation (you’lllike/youlike) as he also pointed out.

You can follow the theoretical or the practical piece of advice.

Have a good time with your grammar and stay tuned!

P.S. In case you find it difficult to browse the book manually you can use an Android app which also has a usable index to its entries. 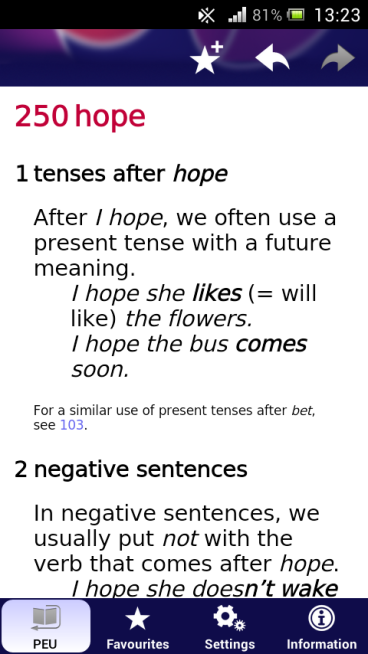 We still don’t have any 3G Internet. You can see it in the picture, where the black antenna corresponds to my district. 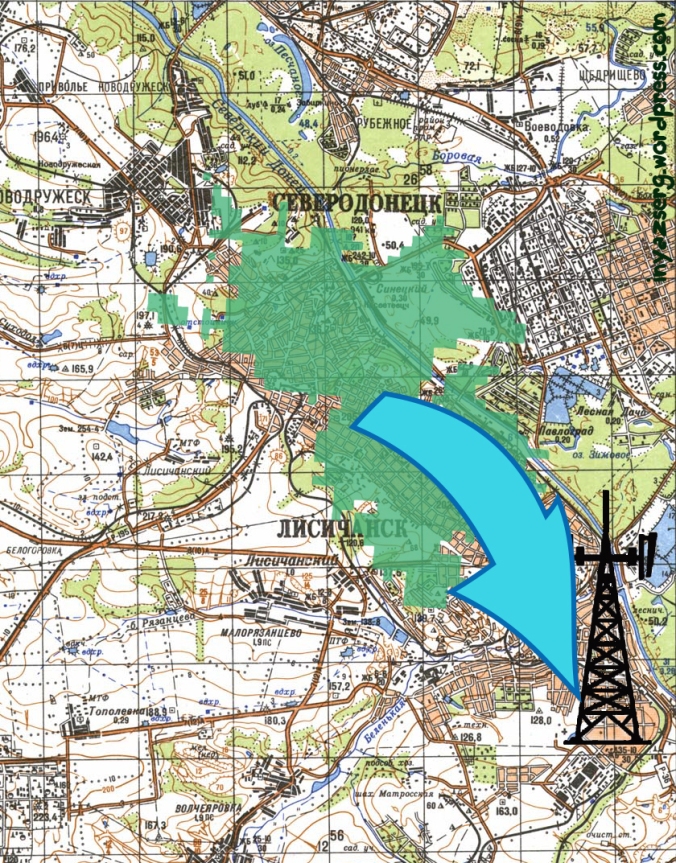 I have just written to our local provider to get their help with some mobile 3G internet here. Perhaps, it may seem obligatory  to some of my visitors to start using 3G at any time they would like to, but the 3G coverage we have here does not let you use any 3G Internet.
In order to decide the matter I contacted the closest available 3G Internet provider to ask them about the possibility to provide my district with some 3G antenna which will provide us with some 3G Internet here.
I told them that I’d recommend them put their antenna on the nearby ex-nursery building. There are no children there, so this relatively tall building would provide us with some reliable Internet in those conditions when now we cannot rely on the terrain cables.

They had got my letter and answered telling ‘You can contact our support and hand in your request for coverage, which will be taken in account by the company in its operation’. After that a well-mannered girl from their Help centre called me and took the request where I asked to put an antenna in my area for 3G savvy users. 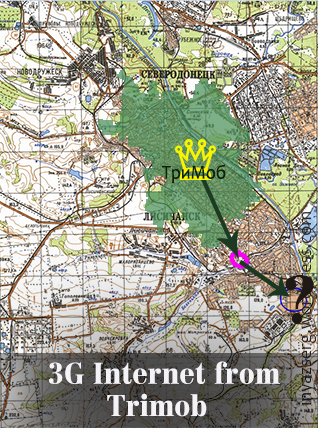 I am posting this article to keep track of changes TriMob have done to improve the current (see picture 2) state of events. One day, I hope, I will Skype when my cable Internet disappears again.

UPD 30 April 2015: I would like to thank Trimob for getting my wish realised. Perhaps, they will consider my request because today a member of the staff sent m a letter telling that my wish was sent to a corresponding department of the company. 🙂 I am still not happy with their implied proposition which basically would lead to changing my mobile number in return for getting 3G Internet from MTS (МТС in original) which I already can get, the only problem being that it’s not 3G and I would have to pay money for the number which I don’t really need. In fact, who needs a number in an only reliably working net when the only realistic benefit is the fast and on touch Internet. Trimob, don’t people here ask you to give them 3G?
Credits. While making the article I used this map. Also, thanks to Trimob and their site where they put their coverage map. I simply combined them.